One advantage of dielectric cure monitoring (DEA) is the ability to observe rapid polymerization of UV curable adhesives like H.B. Fuller U3345, [Ref. 1] the topic of this post. In this case the use of techniques such as DSC is not possible, or at least very difficult. But with DEA the electrical resistivity, or ion viscosity, is easy to measure and reveals a wealth of information.

In a study of U3345 we used Quatro-Varicon [Ref. 2] sensors, like that shown in Figure 1, and the experimental set-up of Figure 2. 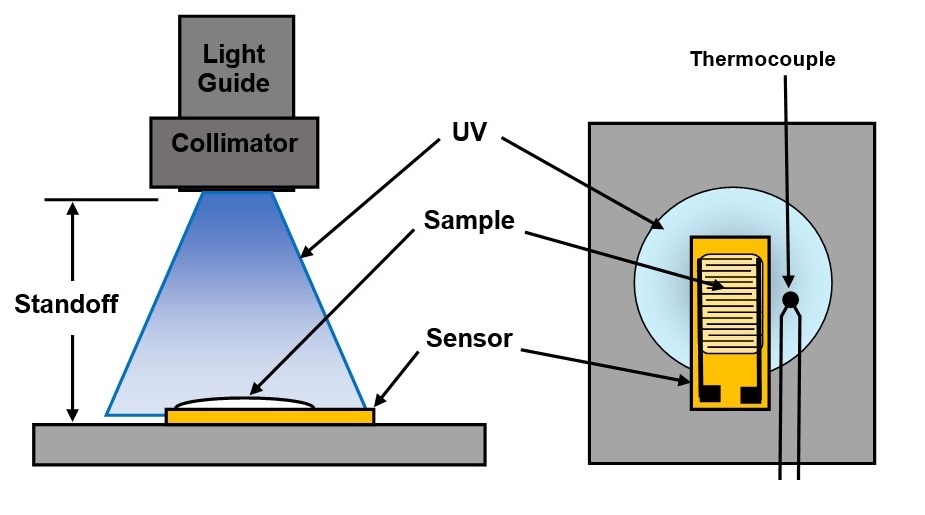 For each test, U3345 with approximately 1 mm sample thickness was applied to a sensor, which detects dielectric properties within 100 microns above its electrodes. As a result, only the bottom-most region of the sample was measured, away from and unaffected by the surface, where oxygen inhibition prevents the cure of UV resins.

We used a broad spectrum UV source and varied the irradiance at the sample over a 1:10 range by adjusting the standoff. A thermocouple beside the sensor measured temperature to enable the calculation of relative irradiances and exposure energies.

An LT-631 High-Speed Dielectric Cure Monitor [Ref.3] measured ion viscosity with an excitation frequency of 100 Hz at a rate of 60 ms/data point. Figure 3 shows data from a single one-second exposure with relative irradiance = 1.0.

Three events are apparent in Figure 3:

These results are very interesting and were available in real-time. But what happens if we use multiple exposures? We did just that, and in fact Figure 3 was only the first minute of a series of four shots. To see the effect of greater light energy, we monitored the cure of U3345 for two additional tests with multiple exposures at higher relative irradiances of 2.1 and 9.3.

With a relative irradiance of 1.0, Figure 4 shows cure is incomplete when it ends after the first minute. As indicated after three subsequent shots, each additional exposure activates more photoinitiators and produces additional cure, resulting in an increasing maximum log(IV) that is proportional to the cumulative exposure.

Figure 4 also shows two exposures at relative irradiance = 2.1 are sufficient to reach a plateau of log(IV) ~10.8, while only one exposure at relative irradiance = 9.3 is necessary to achieve the same final value. Once a sample has reached a log(IV) ~10.8, additional exposures do not change its ion viscosity, indicating the U3345 has reached the maximum possible cure, which we presume to be 100% degree of cure.

Figure 4. Ion viscosity of U3345, multiple exposures of one second each 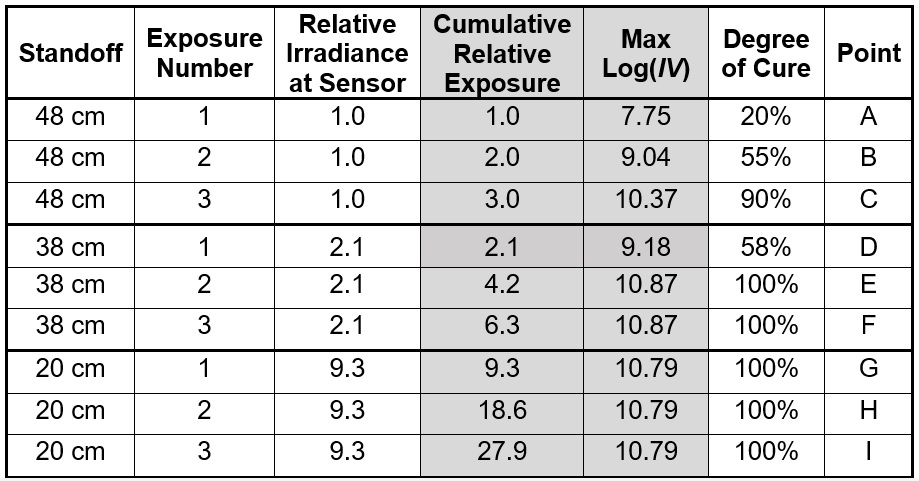 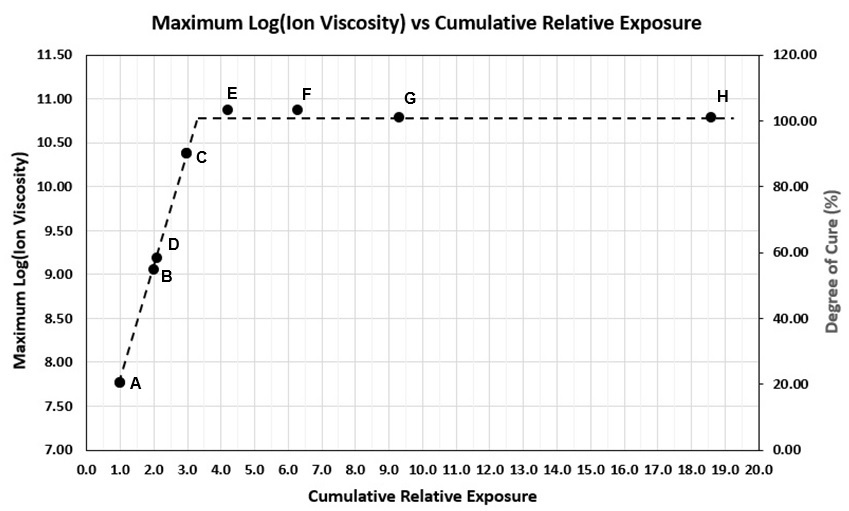 Figure 5. Max. ion viscosity and degree of cure for U3345 vs. cumulative relative exposure

With only a few minutes work (not including the data reduction), this experiment has yielded useful information about the relationship between exposure energy and cure. It is a simple matter to use dielectric cure monitoring to learn even more about a UV cured resin, for example: