Instead of ion viscosity (electrical resistivity), many users of older cure monitoring equipment measure a material’s conductance and plot the results on a linear scale. Why conductance? Why a linear scale? Because that is an old-school method based on advice from the equipment’s manufacturer. In this post I want to how a linear plot can be misleading and how a logarithmic plot provides the most insight from conductivity or ion viscosity.

Figure 1 shows the conductance during cures of several samples from the same batch of sheet molding compound (SMC). The data are plotted against a linear scale and reveal considerable sample to sample variation. In addition, it is impossible to see any detail at the end of cure, when conductance seems to have decreased to zero. At first glance it seems like this batch has poor consistency, but a deeper look will reveal something else. 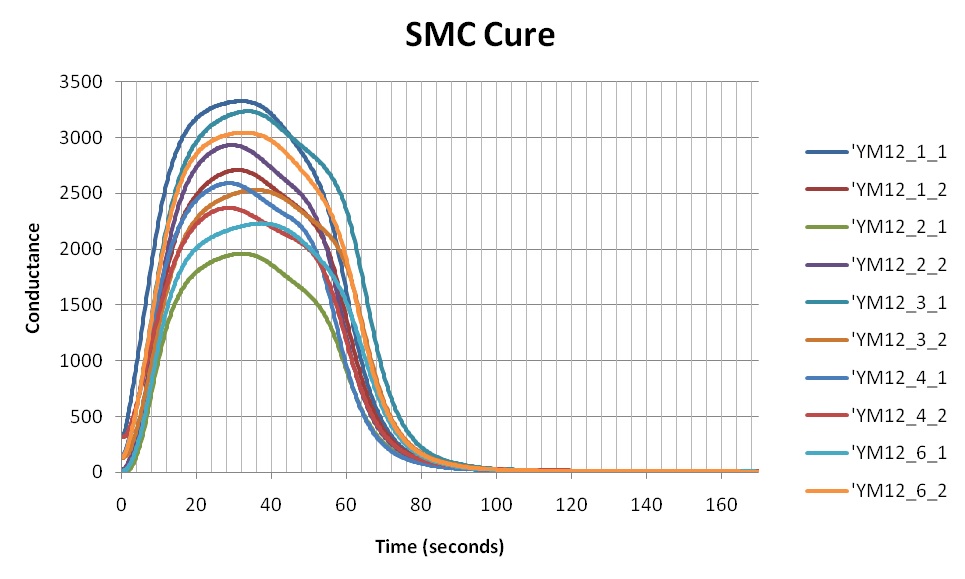 Figure 1. SMC conductance during cure, on a linear scale

Figure 2 shows an electrical model of the conductance and capacitance of a material under test (MUT) between parallel plate electrodes, but only conductance is relevant in this discussion. 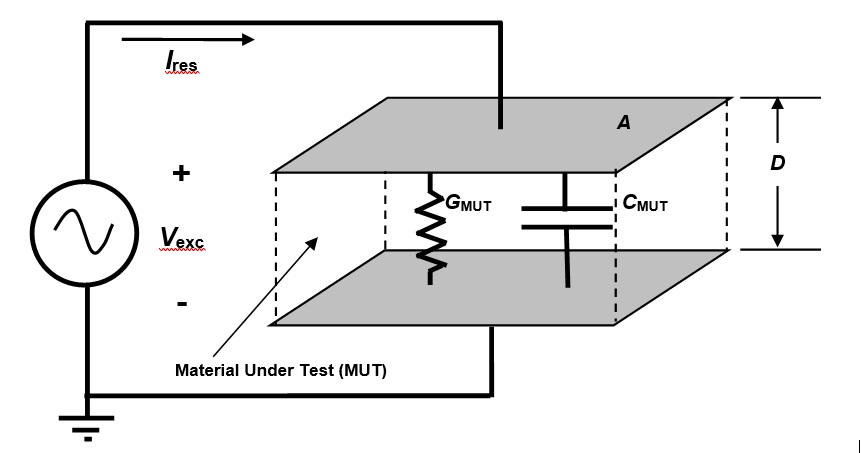 Conductance is a bulk property that depends on the amount of Material Under Test, the geometry of the electrodes and the conductivity of the material between them. During cure this conductance, GMUT(t), which changes with time, is defined by equation 1:

Conductivity is a material property and is given by equation 2:

The terms in brackets— [n (A/D) q] – are generally constant in a particular sample and are unrelated to cure:

In a thermoset the growing polymer network impedes the flow of ions and reduces their mobility. As a result, only the change in free ion mobility affects conductance. Expressed logarithmically, equation 3 becomes:

A logarithmic scale captures the entire dynamic range of GMUT(t), which can change by several orders of magnitude during cure. More importantly, a logarithmic scale separates B—the factors unrelated to cure—from ionic mobility. If the free ion concentration and the electrode geometry are constant, then the effect of B is a fixed offset from the baseline cure behavior.

When we replot the data of Figure 1 on a log scale, as shown in Figure 3, we see the curves actually have the same fundamental shape—we are seeing only the behavior of ionic mobility. That is: We are seeing the cure itself.

SMC is a stiff composite of chopped glass fibers mixed with polyester, vinyl ester or epoxy resin, and true uniformity may be difficult to achieve in a large batch. The conductance curves of Figure 3 primarily differ only by a small, constant offset, probably caused by a variation in filler content among samples. 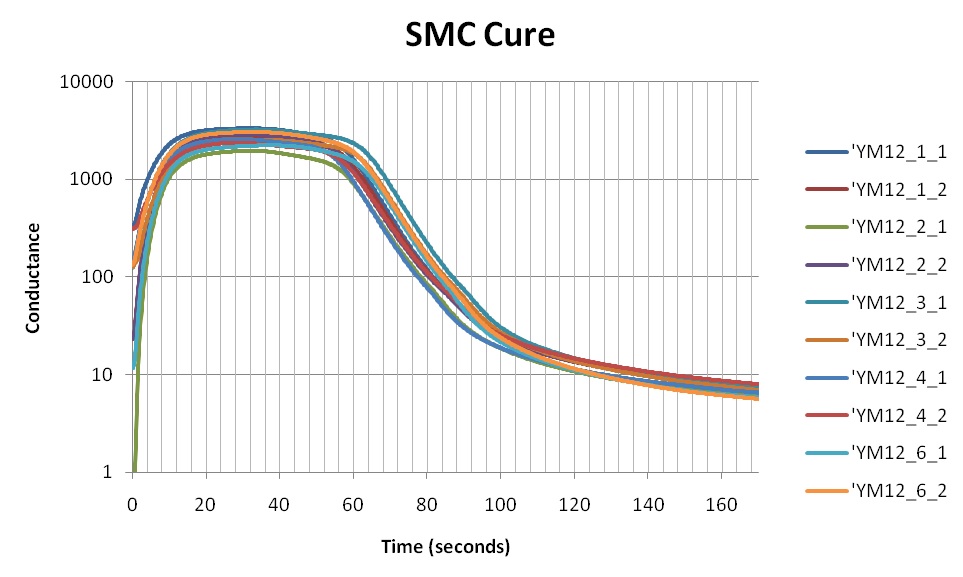 Figure 3.  SMC conductance during cure, on a logarithmic scale

Conductance is no longer commonly used to study thermoset cure. Using either resistance—the reciprocal of conductance—or ion viscosity is now more conventional. Figure 4 shows the SMC data represented as resistance on a log scale. These curves are more familiar and intuitive because low resistance corelates with low viscosity and high resistance correlates with high viscosity or high degree of cure. 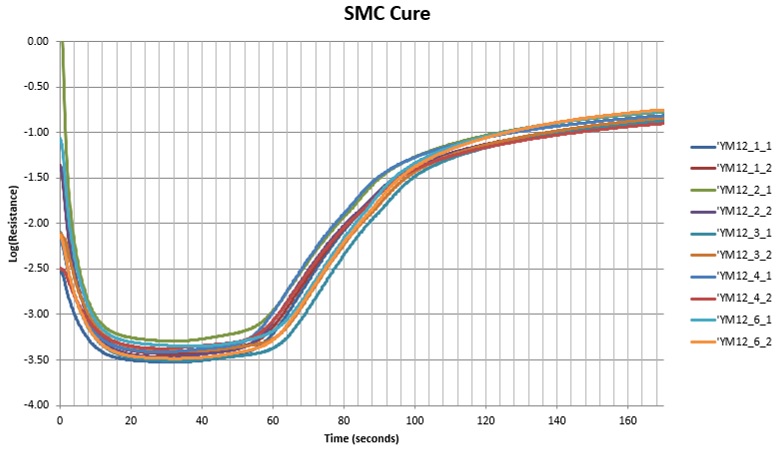 Figure 4.  SMC resistance during cure, on a logarithmic scale

Plotting resistance or ion viscosity, derived from resistance, on a logarithmic scale has significant advantages compared to a linear scale:

Factors that do not affect cure, such as variations in filler content or sensor geometry, determine offsets of the curve but not its shape

Consequently, using a logarithmic scale is the optimum method for seeing all the information available from dielectric cure monitoring.