In Part 10 of this series, I defined ion viscosity (IV) as the frequency independent resistivity (ρDC) of a polymer, which correlates with viscosity before gelation and modulus after gelation. For dielectric cure monitoring it is important to understand how to identify ion viscosity and isolate it from other factors.

Many in this field are more familiar with loss factor (e”), so it is easiest to begin by looking at the loss factor during cure of a familiar thermoset, in this case “Five-minute” epoxy, shown in Figure 1. 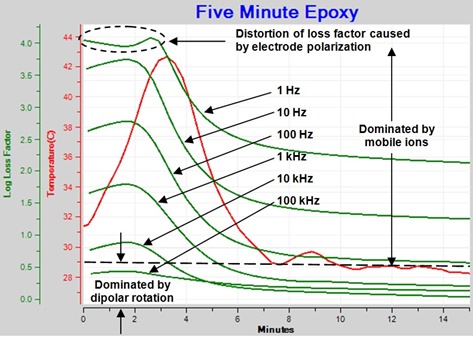 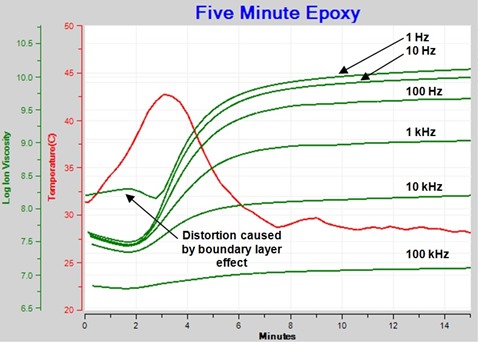 Figure 3 shows the family of resistivity curves after using an algorithm to present only data dominated by mobile ions. This plot now shows the progression of frequency independent resistivity, properly called ion viscosity, that indicates cure state of the material. 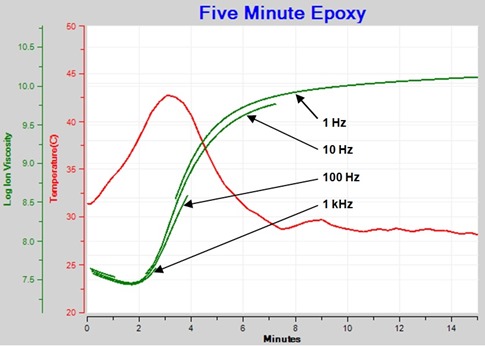 To determine the time of maximum reaction rate or the time to end of cure, we must calculate the slope of log(ion viscosity), here simply called slope for brevity. Unfortunately, the ion viscosity segments of Figure 3 do not overlap perfectly and would yield a series of discontinuous curves for slope. To avoid this problem, we should calculate slope of ion viscosity from a single frequency, such as from the 10 Hz data of Figure 4. This simplification is possible because ion viscosity from a properly chosen frequency usually is very similar to the composite from multiple frequencies. 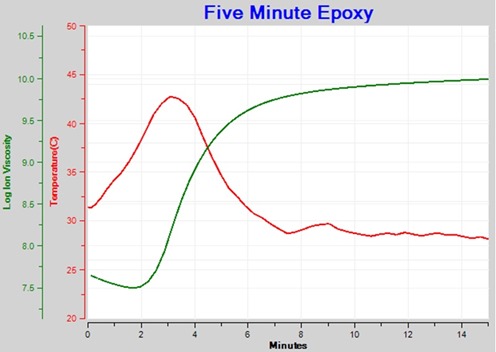 Figure 5 shows ion viscosity from 10 Hz data as well as the resulting curve for slope. 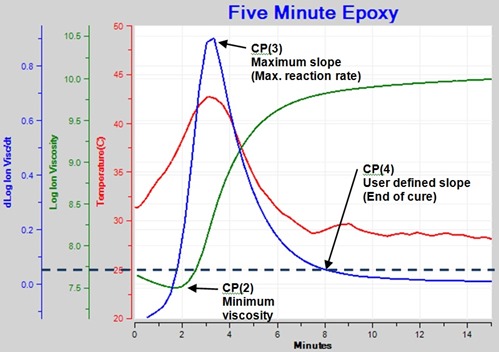 Four Critical Points, which identify particular events, can characterize the cure of a thermoset:

In Figure 5 we can clearly see CP(2), CP(3) and CP(4). The epoxy was applied to the sensor before the start of this test, so the material had already flowed by time t = 0 and CP(1) is not shown.

In my next post I will write about dielectric sensors and the features of dielectric cure monitoring instruments that are most useful for studying thermosets.