In the first post of his series about dielectric cure monitoring (DEA), Jeff Gotro mentioned the “AHA” moment at a Gordon Conference when he heard Prof. Stephen Senturia speak about dielectric sensors. At that time Steve, with myself and several others in his research group at MIT, had recently founded Micromet Instruments to commercialize cure monitoring technology we had developed. Since then I’ve almost exclusively been designing dielectric cure monitors and working with DEA, and the most common question I hear is: “What is ion viscosity?”

Before defining ion viscosity, I have to explain how DEA works. Dielectric cure monitoring measures a polymer’s resistivity (r) and permittivity (e’), which are the material’s dielectric properties. In general resistivity provides the most useful information about cure state, so let’s focus there. Resistivity itself has a frequency independent (rDC) component due to the flow of mobile ions and a frequency dependent (rAC) component due to the rotation of stationary dipoles.

The term ion viscosity (IV) was coined in the early 1980’s by David Day, also of Micromet Instruments, as a synonym for frequency independent resistivity. Ion viscosity has units of ohm-cm and is defined below:

Why? Because rDC is determined by ionic mobility, and the state of a material’s polymer chains or networks affects both ionic mobility and mechanical resistance to flow. Consequently, ion viscosity often differs from mechanical viscosity by only a scaling factor and is a useful probe of the cure state of epoxies, polyurethanes, polystyrenes, bulk molding compounds (BMC), sheet molding compounds (SMC) and other thermosets.

Figure 1 presents data from the non-isothermal cure of an epoxy. A dielectrometer measured ion viscosity and a Rheological Dynamic Spectrometer (RDS) measured mechanical viscosity. The two curves show strong correlation from the beginning of cure up to gelation at about 135 minutes. After gelation, mechanical viscosity increases rapidly and becomes immeasurable; however, ion viscosity continues to provide information about material state until the end of cure. 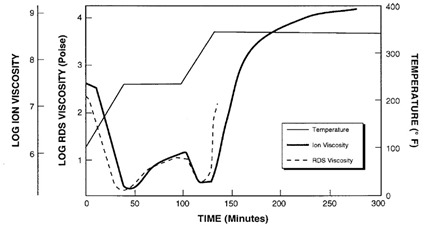 Figure 1: Correlation of the Ion Viscosity and mechanical viscosity during epoxy cure (ref.1)

Notice the minimum RDS viscosity, at about 40 minutes, actually happens a little before the time of minimum ion viscosity. This behavior is common and you can also see it in plots Jeff presented in his later posts about DEA. Mechanical viscosity starts to increase as monomers react and begin chain extension, which occurs on a relatively large physical scale. Mobile ions only respond to local conditions, and on average are distant from the first scattered chains at this time, as shown in Figure 2.

Resistivity is a measure of the mobility of free ions through a medium under the influence of an electric field. Resistivity is given by equation 2.

Mobility determines the rate of ionic diffusion through a medium, and is given by the Einstein relationship of equation 3:

If mobile ions are modeled as spherical particles, then in the limit of low Reynold’s numbers, the diffusion coefficient is given by the Stokes-Einstein relation of equation 4:

Combining equations 2, 3 and 4 yields the following relationship between resistivity and viscosity:

Consequently, resistivity is proportional to viscosity. Empirical results show that this relationship is valid in many cases, although some systems for poorly understood reasons obey a power law:

In Figure 1, around 135 minutes, mechanical viscosity becomes immeasurable at the gel point, when network formation begins. Although ion viscosity increases rapidly around this time, no distinct dielectric event marks the start of crosslinking.

Ion viscosity is a probe of the microscopic environment, which changes only gradually around a mobile ion. That is, an ion traveling between polymer chains just before gelation, as in Figure 3.a., doesn’t see much difference when the first chains connect to form a network, as in Figure 3.b. Increasing crosslink density does present greater and greater impediment to the overall flow of ions, and ion viscosity responds continuously, becoming a measure of rigidity or modulus. 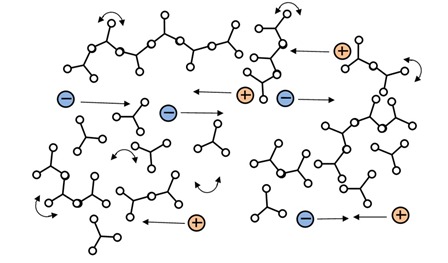 Figure 3a: Chain extension prior to the gel point 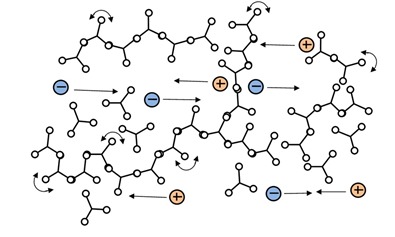 Figure 3b: Polymer at the gel point with the beginning of network formation.