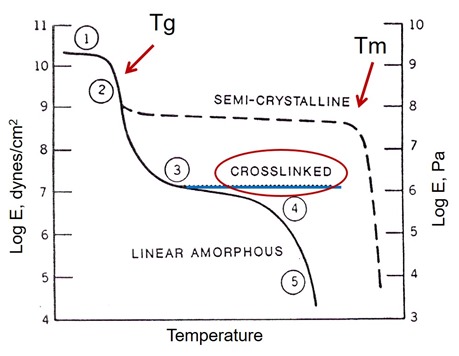 In the previous several posts three methods were discussed to measure the glass transition temperature:

To compare the glass transition temperatures obtained using the three methods above, Tg data from an epoxy-amine system cured for 6 hours at 80oC is presented in the following table:

The conventions used for Tg determination: 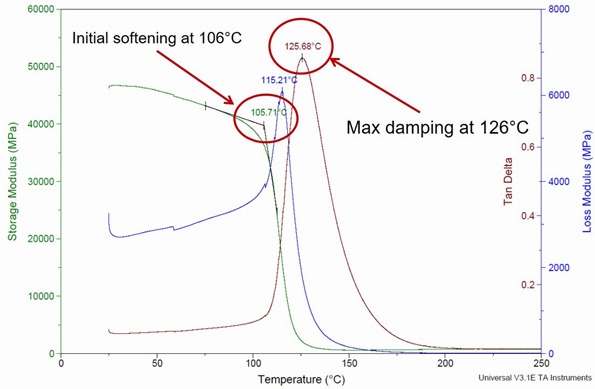 Figure 1. Dynamic Storage and Loss modulus and Tan Delta as a function of temperature for an epoxy amine system cured at 80oC for 6 hours.

Once you have developed the material or need to determine the mechanical properties (such as modulus and coefficient of thermal expansion) in addition to the glass transition temperature, then both TMA and DMA are very powerful techniques. Figure 1 shows the DMA data for an epoxy amine system cured for 6 hours at 80oC.  The transition from the glassy region to the rubbery region is well defined at 106oC.  The loss modulus peak (E”max) and the tan delta peak are narrow and well defined indicating that the network structure is likely fairly uniform.