Dynamic Mechanical Analysis (DMA) is a powerful technique to measure the mechanical properties over a wide temperature range.  Commercially available DMA equipment are available with cooling units to enable temperature ramps from sub ambient temperatures to high temperatures.  From DMA measurements the modulus as a function of temperature is determined.  From the DMA run, both the glassy and rubbery modulus may be obtained in addition to assigning the glass transition temperature (Tg).  The figure above shows a typical DMA sample configuration called three point bending.  Using three point bending requires the fabrication of a rectangular sample.  In contrast to DSC and in some cases, TMA, a much larger sample volume is required and sample preparation becomes an integral part of getting good and reproducible data.  Aside from the sample preparation issues, the DMA experiment provides a wealth of information in a single run. 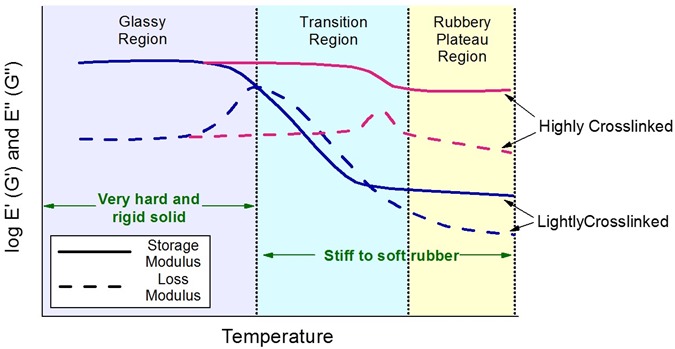 Figure 1. Schematic of dynamic storage and loss moduli as a function of temperature for a highly and lightly crosslinked thermoset polymer.

In Figure 1, a schematic of a typical thermoset DMA run is shown.  In the glassy region the storage moduli for both a highly and lightly crosslinked materials are approximately the same.  As the temperature increases, the modulus decreases dramatically in the glass transition region.  As we mentioned in the previous post, the glass transition occurs over a range of temperatures as shown in the light blue region in Figure 1.  At temperatures above the glass transition, thermoset materials exhibit a rubbery plateau region (yellow above).  Note that the crosslink density has a large impact on the storage moduli in the rubbery plateau.

Let’s now turn our attention on how to determine the glass transition temperature from DMA data. 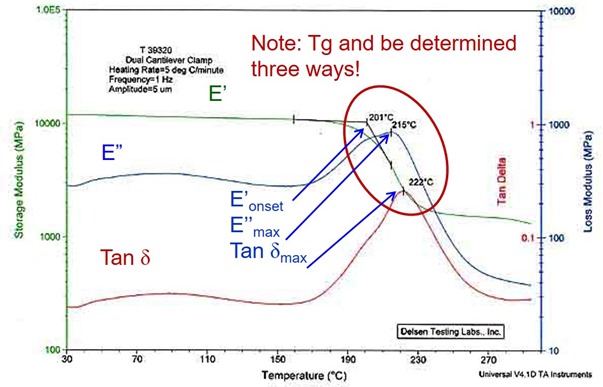 Figure 2. Dynamic moduli as a function of temperature at 1 Hz.

As discussed previously, when assigning the glass transition temperature (Tg), both the method of measurement and the convention used to assign the Tg must be noted.  The Tg can be assigned using three different conventions; E’onset, E”max, and the maximum in the tan delta peak.  If you need to understand when the mechanical properties begin to change (i.e. modulus decreases) then using E’onset would be a good choice.  Many technical data sheets report the Tg as the tan delta maximum since this convention yields the highest value of the Tg.  Note in Figure 2 that the range for the glass transition region is approximately 30oC.

In the final example, DMA was used to follow the cure of a thermoset system used in composites. 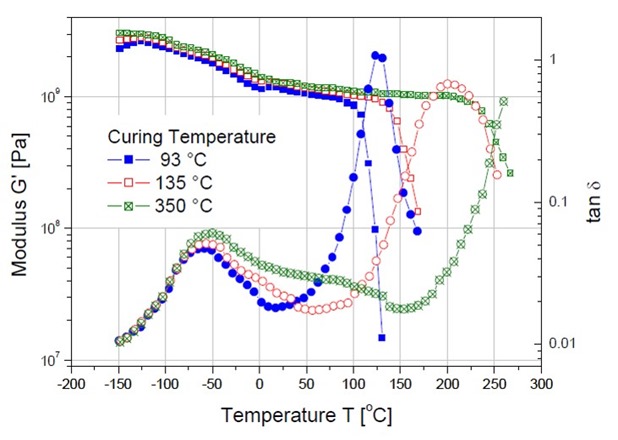 In Figure 3, the storage moduli (G’) and tan delta are shown as a function of temperature for three samples cured at 93, 135, and 350oC.  The exact chemistry of the thermoset is not known, but from the DMA runs several pieces of interesting information can be obtained.  First, all of the samples exhibit two glass transition regions.  The most striking is the maximum in the tan delta peak in the vicinity of –50oC. A low temperature peak in this region is indicative of a second toughening phase (in many epoxy systems this is a rubber such as CTBN).  Note that the tan delta maximum at the low temperature does not change with cure temperature.  Examination of the storage moduli shows the transition from the glassy to rubbery phase increases with curing temperature as would be expected with increasing crosslinking resulting from the higher cure temperatures.  Also note that the tan delta maximum is approximately 125oC for the 93oC cure temperature and 200oC for the 135oC cure temperature.

DMA is a powerful analytical method since you can determine the glass transition temperature (remember to note how you assigned the Tg), obtain insight into the width of the glass transition region, and yields the modulus as a function of temperature.  The one drawback is that DMA bars require a fair amount of material and care must be taken to develop a reproducible sample molding procedure.