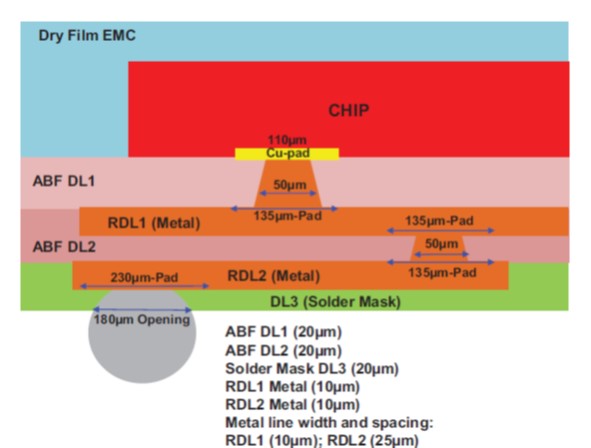 Figure 1. Cross-section from the Unimicron process from reference [1].

What will be some of the major technical challenges?  The epoxy molding compound (EMC) encapsulation process will need to be optimized for a panel format.  Liquid EMC will be difficult to process in the panel format since new tools will be required and achieving uniform thickness across a large panel will be difficult. In response to the need for a panel level EMC, several EMC suppliers have developed EMC in sheet form.   As shown in Figure 2, Hitachi Chemical has developed an embedded insulation resin for chip sealing called EBIS.

In this form, the highly-filled epoxy base resin is coated onto a carrier in thicknesses ranging from 50 – 250 µ).  The EMC film is used in a vacuum lamination process to encapsulate the chips on the re-constituted wafer or panel.  Ajinomoto Fine-Techno has also developed two types of epoxy mold compounds; liquid EMC (called the MI Series) for wafer level fan-out packages and a film EMC (called the LE Series) for the panel level fan-out process.

From the table in Figure 3, the glass transition temperature (Tg) is in the range typical of cured EMC.  One property to note is that for the FOWLP process, the coefficient of thermal expansion (CTE) needs to be very low and is usually matched to the CTE of the carrier.  Note that the CTE reported in Figure 3, is identified as the CTE below the glass transition temperature.  I also like the details provided which indicate the Tg was measured using dynamic mechanical analysis (DMA) and the CTE reported was over the temperature range of 30-150°C. The major driver for lowering the CTE and modulus is to reduce warpage after EMC processing either in the wafer or panel process.

In the last post, data was presented for a new film-based epoxy mold compound used in the Unimicron process.  For ease of comparison, the data is presented in Table 1 (from reference [1]). 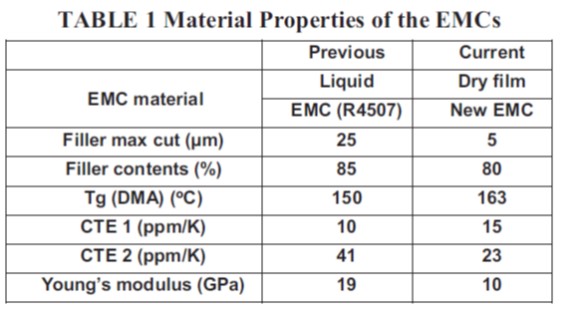 Share on LinkedIn Share
« Panel Process for Fan Out Wafer Level Packaging: Part Two
This is Our Constitution »