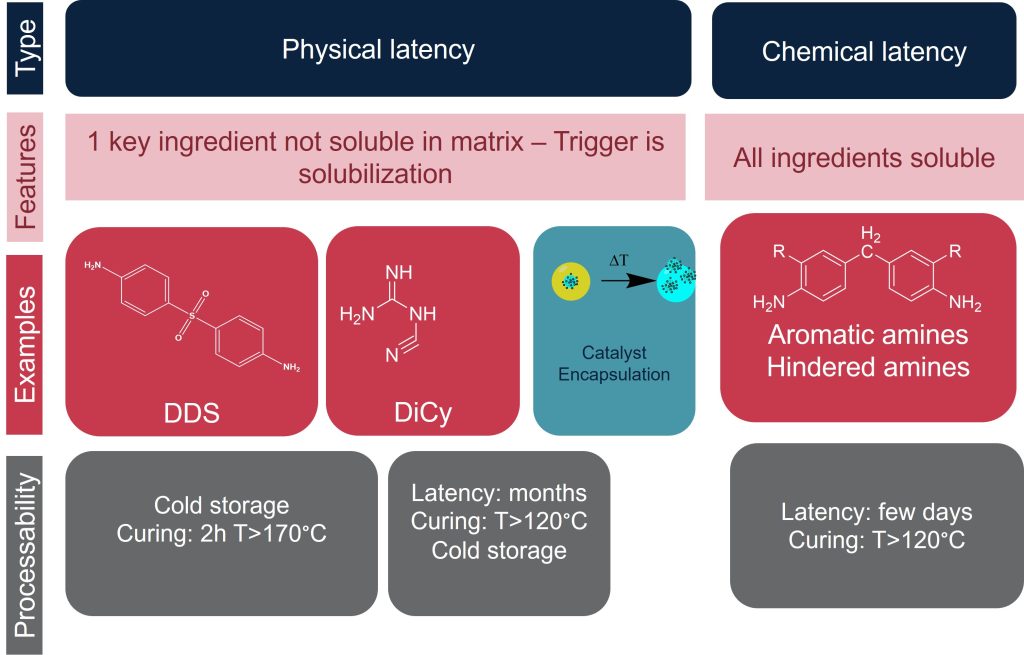 Some of the main advantages of latent curing agents include the following:

One of the most widely used latent curing agents in both epoxy adhesives and composites is dicyandiamide, commonly referred to as dicy, the structure of which is shown in Table 1.  Dicy, like other curing agents, is commonly micronized to reduce and control the particle size, which aids not only in dispersibility but also with reactivity.  In general, the smaller the particle size, the more surface area that is available to solubilize, and thus the more reactive the latent curing agent will be.  Typical particle sizes for micronized dicy are 5 or 10 µm. The peak curing temperature of dicy with epoxy resin is around 200°C, and cures within 30 minutes at this temperature.  This curing temperature is often too high for many industrial processes such as structural automotive adhesives or prepregs, so a urea accelerator is often added to reduce this peak curing temperature.  The temperature can be reduced from 200°C to as low as 150°C.  A typical loading level for epoxies would be 8 phr of dicy and 3 phr of a urea accelerator.  Figure 1 shows a DSC scan for an epoxy resin containing only dicy and a combination of dicy and urea accelerator, and clearly demonstrates the reduction in peak curing temperature. 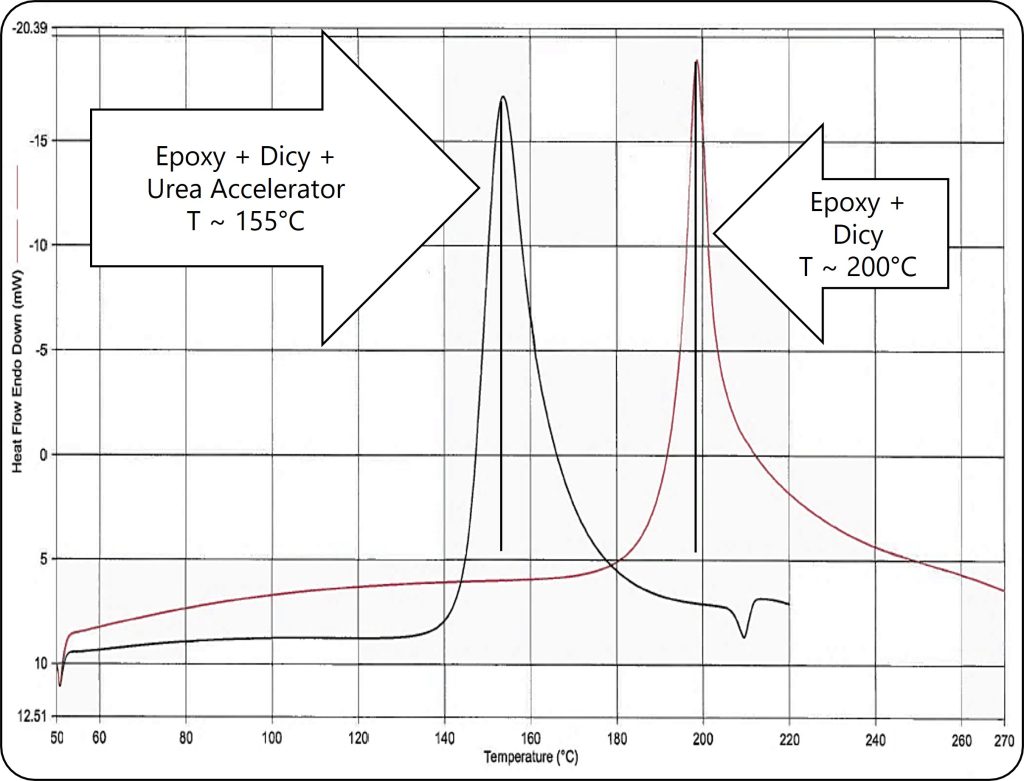 Figure 1.  DSC Plot of Epoxy with Dicy and Combination of Dicy with Urea 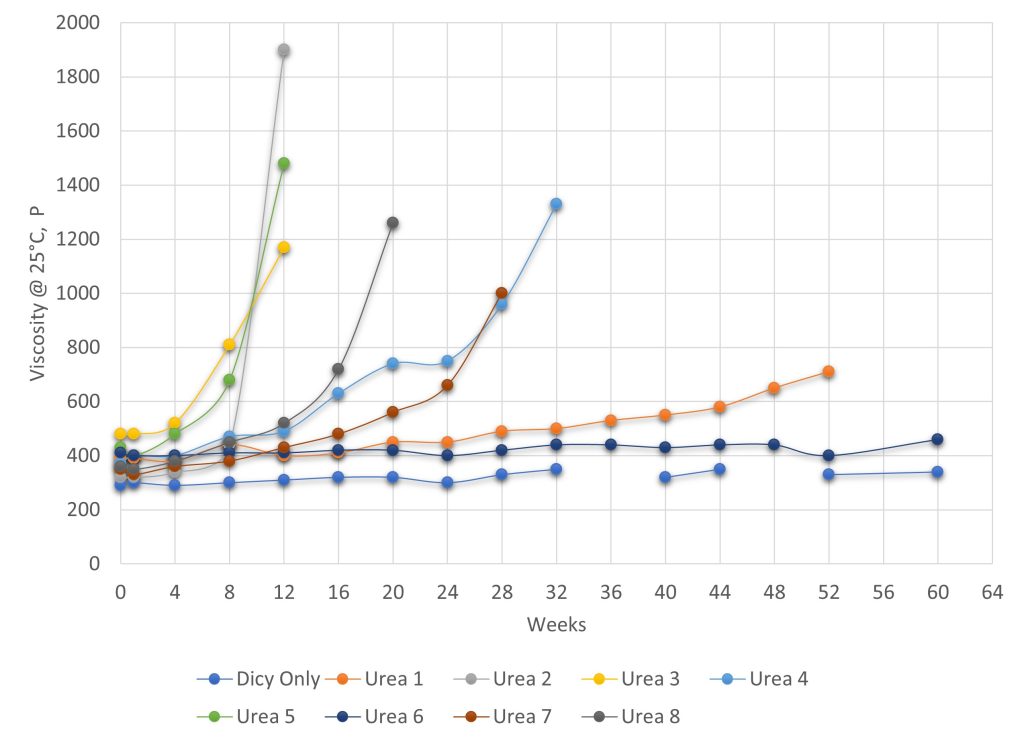 If there is a process that requires snap cure at temperatures lower than 100°C, the structure of the amine shown in Figure 3 can accomplish just that in addition to giving extremely long latency.

With the amine structure shown in Figure 3, it is possible to obtain 95% conversion of epoxy in 10 minutes at 110°C, and 90% conversion in approximately 25 minutes at 80°C.  There is no combination of dicy and urea that can cure epoxies in that short of time frame at that low of a temperature.

Latent curing agents are clearly the choice for one component heat activated epoxy systems.  Latency is achieved through either physical insolubility or lack of chemical reactivity at room temperature, and the reactivity, solubility, and latency all must be carefully balanced.  In the next blog post, we’ll take a look at biobased curing agents for epoxy resin, which is becoming an ever-increasing need for formulators to achieve sustainability of their products.