Previous posts have covered the various types of mixing geometries such as single, dual and triple shaft mixers and double planetary mixers.  The focus was on understanding the mixing physics.  There are several ways to improve the efficacy of the mixing process.  The last post covered the use of vacuum to accelerate degassing during the mixing process.  This post will discuss the use of scaper blades to improve mixing and manage thermal profiles.

For very low viscosity fluids, using the single shaft, cowles mixing geometry will provide adequate fluid movement into the dispersing blade.  As the viscosity increases, there may be local heating in the dispersion zone and the material may stagnate near the mixing vessel wall. 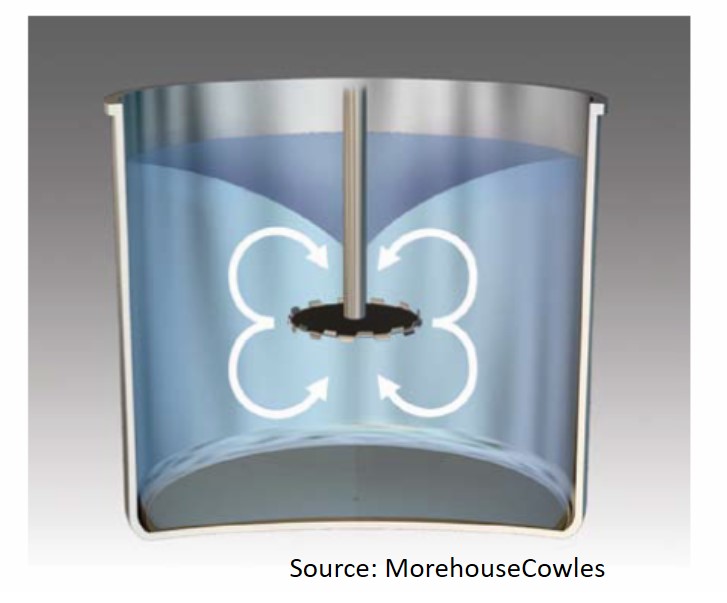 Achieving proper dispersion requires the material to move into the cowles blade.  Filler addition rapidly increases the viscosity and potentially leads to lower material movement into the dispersion zone.  The higher viscosity material can stagnate at the vessel wall leading to incomplete mixing. In order to improve the dispersion efficiency, a dual-shaft mixer equipped with sweeper blades (or anchor blades) are used.  The anchor blades run in close proximity to the vessel walls and aid in material movement towards the center of the mixing vessel.

The main advantage of the scraper blades is to improve heat transfer efficiency in two ways;

In the following figures, photos of multi-shaft mixers equipped with scraper blades are shown (all from Charles Ross & Son Company [1]). 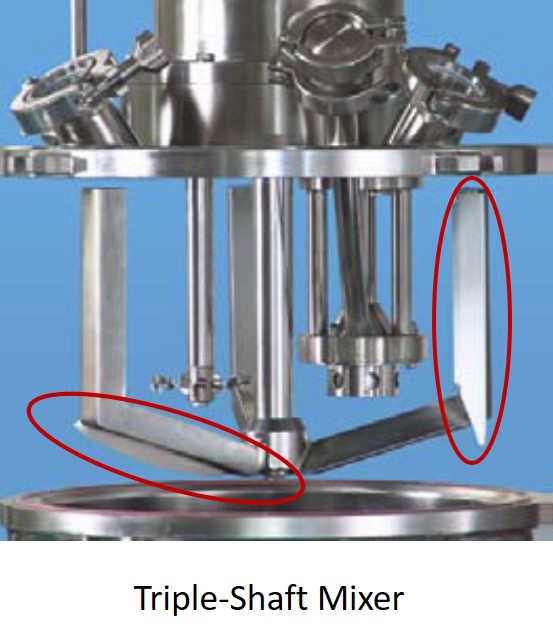 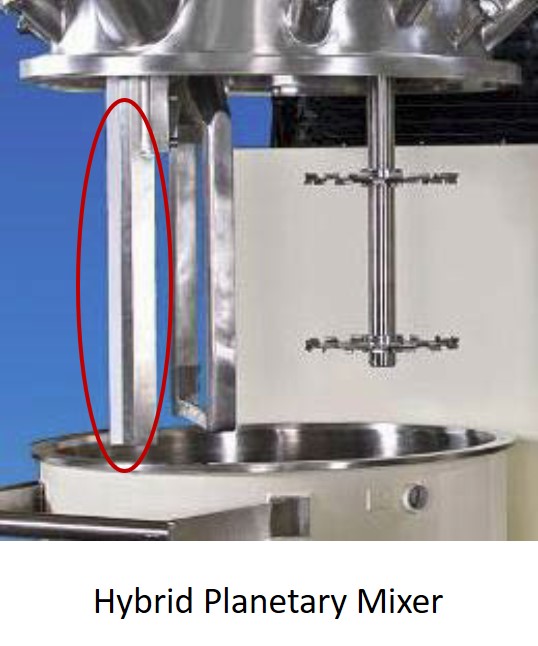 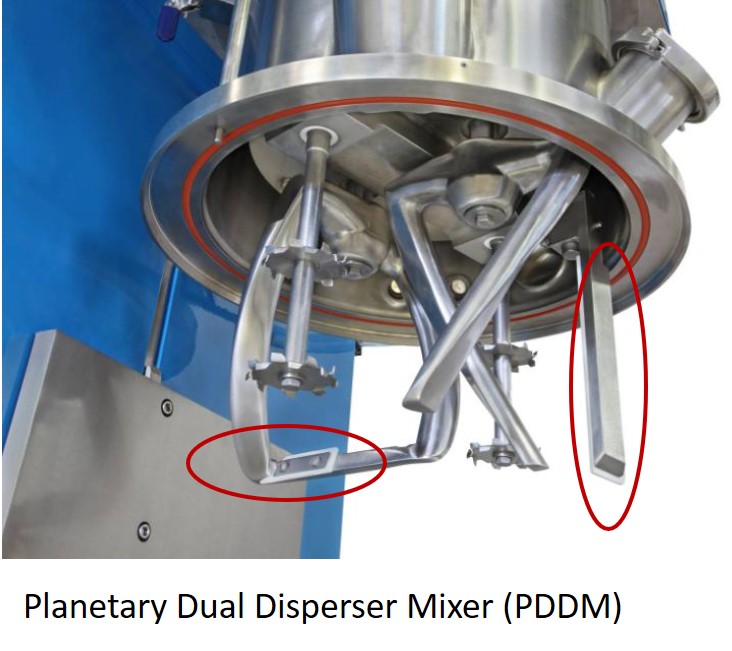 I have used the PDDM for dispersing high filler loadings into many types of thermoset resins including dispersing fumed silica for rheology control.  In my experience, scraper blades were not required in the PDDM equipped with helical blades, but they are available as on option as seen in the photo above.  When I used dual-shaft and triple-shaft mixers, the addition of scraper blades was very beneficial in moving material into the cowles dispersion regions. 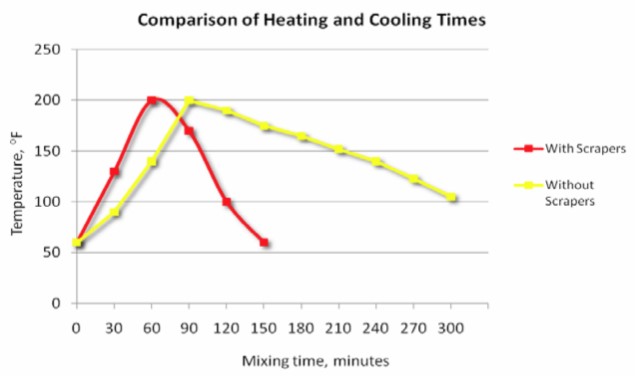 The addition of wall and bottom scrapers is very important in mixing processes that require a fast response to temperature changes. The graph above shows that using scrapers reduced the heating time of a gel material by approximately 33%, while the cooling cycle was reduced by approximately 60%. The larger improvement in cooling time can be explained by the tendency of most products to increase in viscosity when cooled and the materials near the jacketed sidewalls get more viscous and in the absence of scrapers, further inhibit product circulation and heat exchange [1].